Don’t Create Memes Until You Read This!! 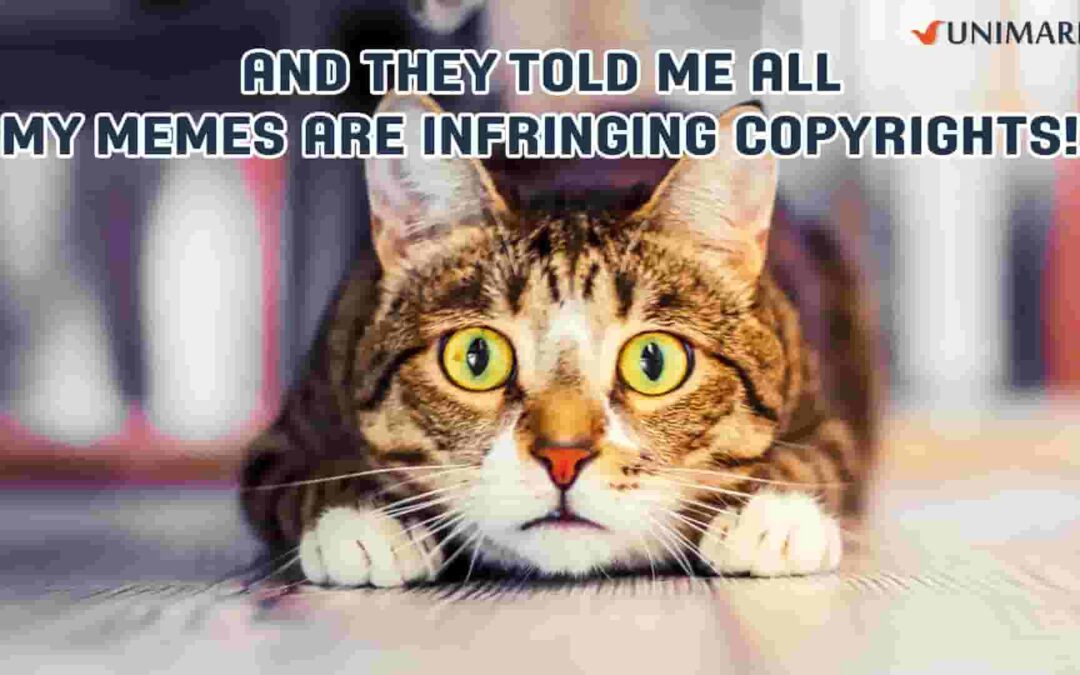 The best relationships are those wherein conversations happen only by sharing memes! If not for memes, we would have nothing to converse about. Memes are just a way of portraying jokes. What’s the big deal, then? Ever considered the legal aspect behind a meme?

Memes are a powerful tool of communication in this growing era of the increasing power and scope of the internet. Memes are shared tons of times by users, garnering several views; these are used to showcase creativity and generate awareness about certain news items.

A meme would fall under the ambit of artistic works under section 2( c) of the Copyright Act 1957 and Article 2 of the Berne Convention, as it is an inventive work that uses image, video, etc.,  governed under the umbrella definition of Artistic Works.

The Copyright Act protects the rights of a meme creator as the creation of memes involves a lot of time, skill, and creativity. Usage of memes, which includes reproduction and distribution, without authorization will lead to infringement. Even though tracing the original meme creator is cumbersome, this does not hamper his rights to initiate legal proceedings.

But we do have a defense under the Copyright Act, 1957. The concept of fair use and fair dealing under section 52 of the Copyright Act provides for unlicensed use of copyright-protected work in certain circumstances without constituting the Act of Infringement.

What are the Conditions to be satisfied?

The first condition here is the market substitution test, which satisfies the defense in case of a meme as a meme is just a comical take about a topic that does not intend to compete with the rightful owner. The second condition of Improper usage covers a broad spectrum of meanings. But a meme in this regard will not amount to improper usage unless it does not offend the rightful owner.

In the case M/S Blackwood and sons Ltd v. A.N. Parasuraman AIR 1959 Mad 410, It was held that to constitute unfairness, there must be a willingness to compete and an intention to derive profit from it.

Since memes do not have commercial value, the fair use defense works. But that does not mean this defense can always be used. Every person’s privacy must be respected, and appropriate licenses and permissions must be obtained before any usage.

However, the Fair Use doctrine does not give the right to any person to use someone else’s work. But it only provides a defense to state that the work was used fairly. In India, there have not been any meme-related litigations.

Internet memes either constitute a derivative work or a compilation.  This law gives creators the exclusive rights of reproduction, modification, distribution, performance, and display. Memes infringe these protections are the original work is modified and then distributed. When memes are used for commercial purposes without permission, the meme creator may sue for use due to the absence of fair use. To prove infringement, the meme creator has to prove ownership and the unauthorized use by the other party.

In the U.S.A, Warner Bros. was sued for copyright infringement after using Nyan cat and keyboard cat in their game Scribblenauts and had to pay heavy compensation for the same.

In the case of Getty Images, a firm that supplies illustrations, visuals, videos, and music to businesses. A National Geographic photographer, George Moberly, used an “Awkward Penguin” image in an internet meme. Getty images held the licensing of the picture, and hence George Moberly had to pay compensation.

Look Before you Create:

Image-based memes are easy to create and share. If you are a meme creator, make sure to pay heed to the copyright of the material used to create a meme. Memes have no commercial value and fall under the ambit of fair defense, as long as there is no infringement on an individual’s privacy rights. Copyright infringement occurs from the non-obtaining of prior permission to use a meme’s content or recreate the meme itself. A meme is only supposed to serve the aim of light-hearted humor and entertainment for the audience. Creating memes for such purposes is okay, but if a meme is created for commercial purposes, then prior permission from the original creator has to be obtained.

To constitute an unfair use, there must be a willingness to compete with the meme creator and derive profits. We all indulge in such torts unknowingly. But as a meme creator, it is important to safeguard the work you produce.

Use Creative Commons or the other freely licensed work as a substitute and adhere to the attributions requests in these works.