Broadcasting And Performing Rights In Copyrights 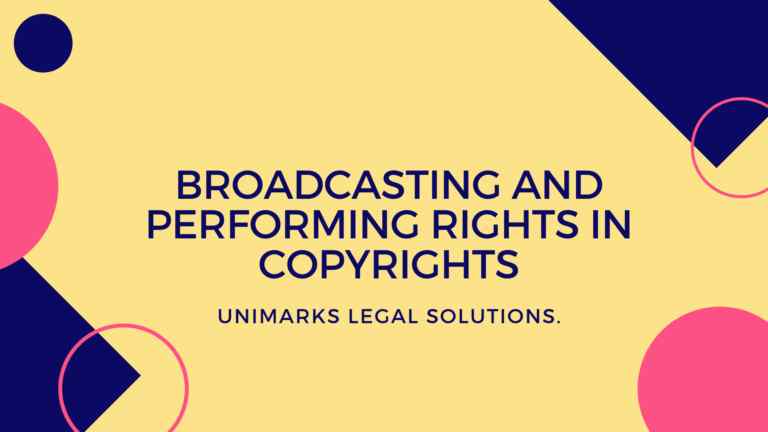 Copyright is just the legal means for authors to protect their work. Many different types of contents could be protected by copyrights. Examples include books, poems, plays, songs, films, and artwork. In this copyrights, there is a simple set of laws for performing and broadcasting for the author’s works. Performer broadcasting rights, as far as the Indian Copyright Law is concerned, the broadcasting and communication of the performance to the public which is taken within section 38A (1) (b) of the Copyright Act of 1957. In this article, we will see in detail the laws of copyrights that favor the performer broadcasting rights in copyrights.

In recent times we have seen the performing rights more because of the Music Maestro Ilayaraja. He has infused the most of his copyright laws over his singers like SPB, not to perform his songs on stage without proper consent from the maker himself. Not only this, he has even asked many music directors not to even use his music in their movies for reference. But if they necessarily have to they must pay a specific royalty for the usage of his work. This issue got up most of the hidden sides of copyrights to many authors and artists. With the addition to the copyright laws of 1957 which also confers some very specific rights. They are:

–> In order to present a specific work to be heard or seen by the public a specific work, which is simply called Broadcasting. A specific payment must be paid to the actual author of the work.

–> The law allows only the owner the right to re-broadcast the already Broadcasted work.

–> The author had the authority over any sound recordings or visual recordings of his broadcasted work.

–> The performer who is performing will have a total grip over the sound recording or a visual recording of his performance.

–> The performer has the Right to Reproduce and store the so-called recordings of the performance in the manner he/she wishes.

–> The performer has the Right to communicate the said recording of the performance to the public, anywhere at any time.

–> The performer has the Right to Sell or give it out for commercial rental or offer for such sale or such rental, any copy of the said recording.

–> The performer has the Right to Broadcast or communicates the performance to the public except where performance is already broadcast.

Some feel that Broadcasting and Performer rights are the same. But the one difference is that broadcasting is for the actual for the work. To broadcast the work you don’t need a performer’s consent but to telecast the performer’s performance then you need the consent of the performer.