How To Proceed With Patent Opposition In India 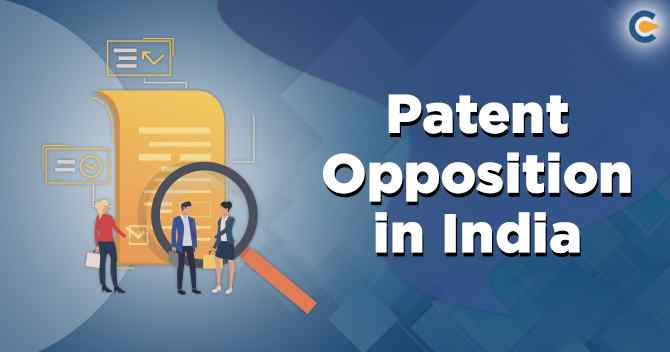 Patenting your invention is one of the biggest security you can give to invention.  But ask yourself,  why do you Patent your invention?  To protect from infringement.  Is it just applying for a patent and getting the patent enough? Ok, let me give you an example.  What is the use of having a gun when you don’t even know how to pull a trigger when you are actually in danger?  It is a violent example, but the patent violation is also a form of violence. And to you are getting a gun called patent to take care of such violence. In previous articles, we have educated on how to get this, in this article we will teach you how to use this gun called “patent” in the battlefield called “opposition”.   P

Pre-grant opposition is considered only after the filing of the request for examination by the applicant or by other parties. The representation must be given at the appropriate office along with the statement and pieces of evidence in support of their opposition claim. A hearing could be requested if desired, but it is not particularly mandatory. If the Controller decides that the application needs any amendment or rejections, a notice will be sent to the applicant in this regard, which the applicant must reply to within a period of one month from the date of the notice being issued, with a relevant statement and pieces of evidence in support of his/her application. The case will be decided normally within a month’s time, on the completion of the proceedings. Post-grant Opposition procedure could be filed at the appropriate office by any interested person within 12 months from the date of publication of the granted patent in the Indian Patent Journal. The ground rules of opposition areas provided under section 25 (2) of the Patent Act 1970 are as follows:

Also, there is no remedy against an order which is passed by the Controller in a pre-grant opposition, except to file a written petition at the High Court. Post-grant opposition could be brought within a year of the patent being granted. The notice of opposition is to be submitted in the prescribed form at the appropriate office along with the written statement setting out the nature of the interests of the opponent, the facts upon which the opponent bases the case, the relief which the opponent seeks at the end of the case with the relevant evidence.  One copy of each of the statements and evidence must be provided to the patent holder. As a reply to the notice for the opposition, the patentee should submit a statement setting out the grounds upon which the opposition is to contest along with the evidence in support of his/her case.

The patentee has to reply within a period of two months from the date of receipt of the copy of the written statement and the opponent’s evidence. The patentee has to deliver a copy of his statement and evidence to the opponent. The opponent has to reply within a period of one month from the date of the delivery to him of a copy from the patentee’s reply statements and evidence. The opponent has to provide a copy of the reply evidence to the applying patentee.

The Opposition Board is constituted by the Controllers consisting of as many as three members. One of them could be the chairman. The Examiner who has dealt with the application for the patent during the proceeding for granting the patent is not eligible to be appointed as a member of the Board. The Opposition Board conducts the examination of the notice of the oppositions along with documents such as the relevant statements, evidence and submits a report with reasonings on each ground taken in the notice of opposition with its joint recommendations within three months from the date on which the documents were forwarded to them.