Impacts Of IPR In The Sports Industry 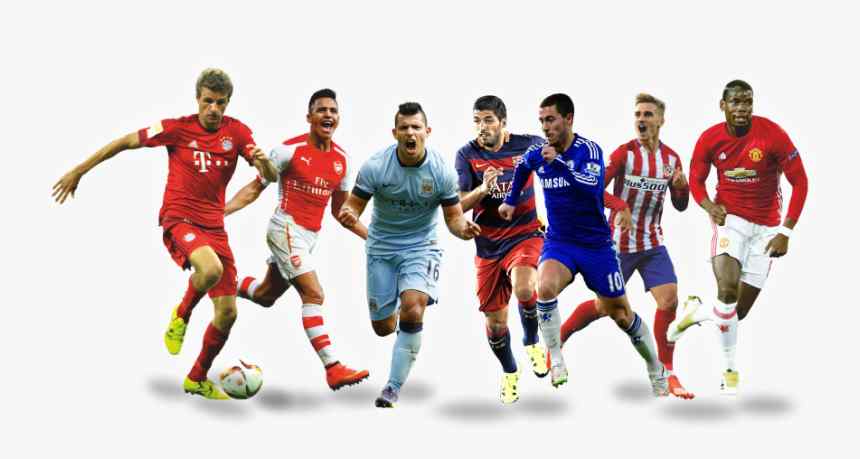 With the aim of protecting the ownership, Intellectual Property Rights have been adopted by many industries worldwide. Whenever an idea is created by labor and hard work, the need for its protection automatically arises. Intellectual Property Rights provide an incentive to the individual for new creations. The IP Rights protect the expression of an idea and not the idea itself. In this article, we will discuss the importance of IPR in the Sports Industry.

The scope of Intellectual Property Rights is immense in the sporting arena. IP Rights are vested in almost every component of the sports industry. They start from Patents which encourage technological advances that result in better sporting equipment. Trademarks and designs contribute to the distinct identity of events, teams and their gear.

Copyright-related rights are the main source to generate revenues needed for the broadcasters to invest in the costly undertaking of broadcasting of sports events all over the world in the first place. Example – A sports shoe could be protected by several IP rights such as Patents protect the technology used to develop the shoe; Designs protect the “look” of the shoe; The Trademark would be useful differentiate the shoes from similar products and protect the “reputation” and the “brand” of the shoe;

Copyright protects any artwork and audio-visual creations used to publicize the shoe. Further, the IP Rights are also associated with many other aspects of sporting business, such as event promotions, athletes, sponsorship deals, broadcasting and merchandising. Commercialization of Sports is one of the most promising areas which have added to individual gains and also contributed to the economic growth of the country. Today Intellectual Property Rights are used as marketing tools toward the branding of games and connected events, sports clubs, teams, celebrity status which all, in turn, require protection to prevent any complications that may arise in the future. Although there are many advantages of IP protection in the sports industry, nevertheless there are huge problems as well.

It can be better understood by a case study of the International Olympic Committee (IOC) wherein the Olympic symbol has been protected under Nairobi Treaty on the Protection of the Olympic Symbol, which follows the strict rules governing the usage of the symbol, which affects other areas of branding for the games as well. Due to such stringent rules, many companies find it difficult to use the Olympic symbol as a part of their marketing strategy.

These companies than resort to “AMBUSH marketing”. Ambush marketing is the term used when a brand attempts to tie itself to a large event, without being a sponsor of the said event. This means the brand or company avoids paying fees but succeeds in generating commercial revenue from their actions. For example, in the 1996 Summer Olympics, Nike pulled off a highly successful feat of ambush marketing with its golden shoes that Michael Jordan wore when he competed and won the gold in the 400-meter track event.

Nike took heat from the Olympics Committee for the PR stunt, and the incident became the base for the IOC to enact strict rules to make it extremely hard for non-sponsoring brands to profit from Ambush marketing at the Olympics. In the modern days, there is a chain of title with relevance in sports agreements which one way or another, incorporate the legal release of the talent of the sportsman, so that their work, images, personality rights, etc., can be used by another for profit. In sports leagues like the Indian Premier League (IPL), Hockey India League, Indian Badminton League, Pro-Kabaddi, Indian Super League, various teams have been formed, which are owned by individuals or partners. The Teams are sold to the next highest bidder or partners and in such an event the chain of title always becomes an issue, in order to ascertain the title in trademark, copyright and various other IPRs which may form a part of such an event. Various acts of infringements or unauthorized use of IP eventually lead to IP disputes.

With an increase in the commercial exploration of IPR in sports, various legal issues that can arise in the sports industry include infringement of trademarks, brand abuse, misbranding, misuse in bad faith, using the name of a sports personality without permission or without paying any license fee or royalty; copyright infringement with regard to the copyrighted merchandise, sports equipment’s, artwork in logo, broadcasting without license, piracy in audio-visual recordings, infringement in promotional material used, use of copyrighted software without license or royalty; infringement of design, use of design without license, use of design for promotion of other goods; and in case of patents, the use of patented technology without authorization from the owner of the patent. These sorts of issues can lead to damage of goodwill, unfair trade practices, unfair competition and commercial disputes which would ultimately cause a huge commercial loss which in turn defeats the actual purpose of exploring the commercial aspect of the sports industry in the first place.

It is the need of the hour for the Government to formulate stringent laws for the enforcement of IP rights in sports. The owners of intellectual properties in the field of sports should be aware of the importance of IP and protect them by doing the registration, obtaining proper licenses and making contracts in order to protect the value of sports and sporting assets as well as actively protecting intellectual property from infringement and abuse. Importance of legal contractual agreements must be identified, and contracts must be put in place for protecting all forms of intellectual property created in sporting events, teams, individual players, etc., to protect all the stakeholders and their financial interests. It is recommended that India should come up with a sports business model that could build an effective IP rights strategy that would address the use of patents, trademarks, designs in sports as well as the use of domain names; and which would also address media and broadcasting rights.