How Important NOC Is For Copyrights 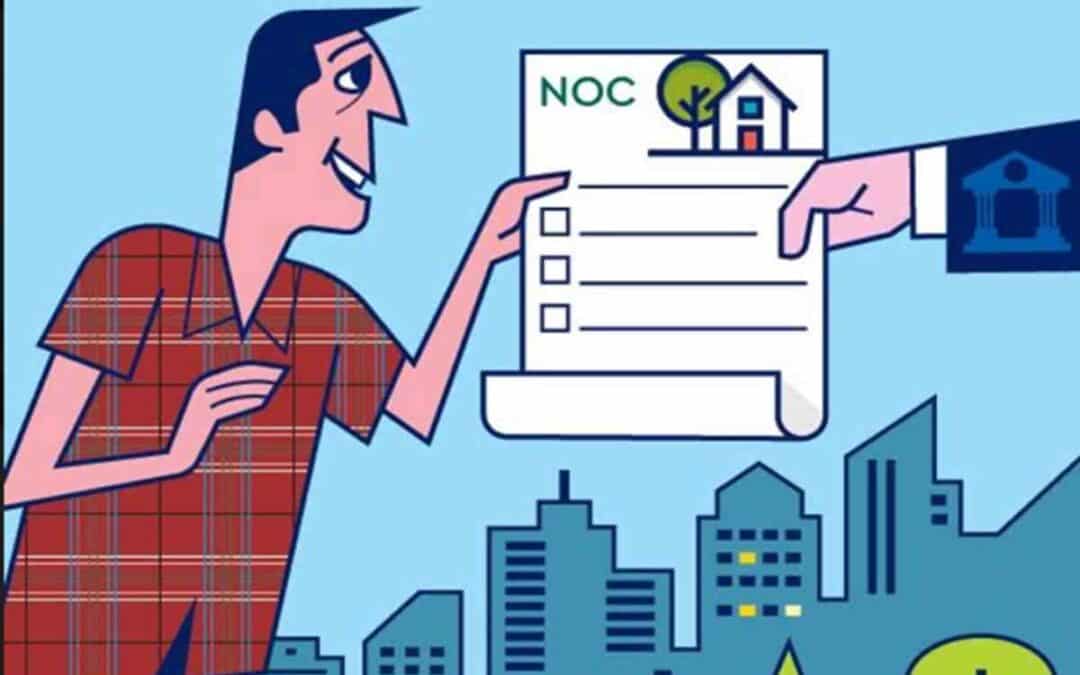 NOC or No Objection Certificate is a very important form that most tend to overlook. We make a lot of effort to get the logo or any artistic work for your creative work that you are wishing to bring to the world. We may be the producer and the giver of ideas for that particular work, but still, the artist who works for the dream art of yours may still have his fair share of ownership over the artistic work as well.

You may have paid him off for his service but still, without this NOC you may not be considered as the full owner of that artistic work, the artist can claim it at any time. “But I gave the idea, I paid for it, I am the one who brought the work out to the market”, this is what more than three-fourth of the owners of the artistic say when every the gets legally attacked by the authors or the creators. This problem seemed to grow so be big we had to write on this to spread awareness on the NOC. So that’s what this article will deal with, all the aspects of NOC.

Let’s go with stories like always. Sam Is a choreographer looking to perform a new dance fusion and upload it on YouTube as his profile. So, he records his fusion on camera by himself with sample music. He loved the output, the fusion actually worked perfectly, but still, he wasn’t happy with the output as he wanted a much peppier beat for his steps to come alive. He knew he had to do something about it, so went to his friend Kevin who was a music producer. He should his little sample. Kevin liked it and tells he could make a trick on a much better scale. He played Sam a few tracks and he immediately got hooked. In no time both were discussing how to make the video and the other stuff.

Listening to the sample bit Kevin played Sam hand a crazy idea to bring in a female dancer and execute the same dance steps he choreographed in a little more classical manner. Kevin loved the idea. So, the call Preethi a dancer who was a co-dancer of Sam in college. They got a friend of Kevin who was a professional cinematographer to shoot the video. Sam took care of all the expenses, he even offered to pay Kevin for his work. But Kevin wanted a percentage in the yield the video was going to make. This was fine by both of them so even before they started shooting the video Kevin and Sam had a deal among themselves amended among each other stating, Sam takes care of the video expenses and rights , whereas Kevin takes care of the audio side of things and the expenses to complete the track will all fall in Kevin’s hands, which he was ok with. They shake on it and each starts their works respectively.

Kevin delivers a perfect track to Sam and Sam using that track mixes his choreographed steps and teaches them to Preethi. They go for shooting the video and it comes out exceptionally well. Sam had to face more expenses as he was paying for many departments so he told Kevin that he would be taking a huge chunk of the profit. Kevin seemed that it was only fair to let him take the high amount, so he accepted it. Once it was ready for release Sam went on to many You-tube channels for a good deal and in the end, he got it from a channel for his efforts. Once the video got uploaded they were facing a huge victory as they crossed over 2 million views and got a good amount as returns. Sam was very happy until he got a call from Kevin. Kevin said that his artist and mixers who worked in the audio department were going to claim their work for copyrights and are asking for the share of the amount they were getting as a revenue. This shocked Sam as Kevin claimed that he had paid them off for the work beforehand but still they demand more.

He told Kevin to hold them for the time being. Sam’s next call was from Preethi, claiming even she wanted a pay from the revenue. Sam erupted as he already paid her, but she said it was by law that she could claim for this and that she can also claim for the copyrights of the choreography as well as she made a lot of updates on Sam’s original Choreography. Preethi also said that she wanted to perform rights to perform the fusion in drama stages. Sam was really didn’t know what was happening. His creation was being picked apart from each direction. He knows that talking to an attorney right now is the best thing for now. So, he goes to his cousin brother Jacob who was a lawyer.

Hearing all that Sam had to say Jacob asked if he took a NOC form signed. Sam was hearing this NOC word for the first time. Jacob laughs and prepares a NOC and gives it to Sam. He tells Sam to pay a small sum to everyone who demanded and when he does he wanted Sam to make them sign a NOC form. Jacob also suggested Sam give Preethi the money she demanded but asked him to sign a small contract for her to perform on other stages. Sam didn’t understand this, he was still paying them, now why sign a new deal. Yet Sam did what he was told to do. In a few weeks, the video grossed a whopping 10 million views and then is when Sam understood what Jacob had done.  By the NOC being signed Sam got all the royalty money for the video from YouTube and this time he didn’t have to split it out with anyone except Kevin. Not only that when Preethi was performing in different places, but she also had to pay Sam to perform his choreography. This gave him a small percentage of the revenue as well.

This went well for Sam as Jacob said. Now as we bisect the story we will know the importance of NOC. The NO OBJECTION CERTIFICATE is a form that is used to exclusively to make sure the freelance designers and others don’t who work for your project for wages don’t claim royalty for their work or don’t expect revenue from the yield of the products. This is normally a huge problem for publishers or producers nowadays. They don’t feel the obligation to sign this with the designers. But this helps them keep their ownership intact. This problem has to arise a lot these days. Even non-artistical trademark claimers who are only trademarking their own name and logo designs. They must get a NOC from the designer of the logo. While applying for copyrights in artistical work or design mark all the NOC’s you have signed must be submitted.  So, the next time you use designers or freelance artist’s help for your creation make sure you get this form signed by them. It’s important to make yourself the official owner of your tree, or you may have to share the fruits with the undeserved few.