Fair Use Section Of The Copyright Laws 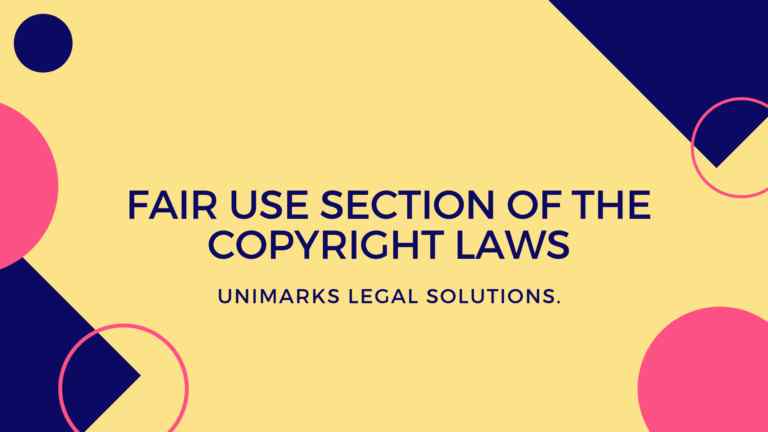 This article is mainly about the most important part of copyright laws that people never understand to the fullest. The fair use concept has a lot of factors imbedded into it and in this article, we will see those factors in detail and give you a perfect understanding of the fair use section of the copyright laws. And how these factors could prevail useful when taking up court hearings.  For an elaborate explanation, we have split this article into 2 parts.

The Four vital factors that coherent with the Fair Use concepts are:

1. Purpose and Character of Your Use

On the usage of another person’s copyrighted work for the purpose of criticism, news reporting, or commentary, then it will come under the category of fair use automatically. Purposes such as these are often considered “in the public interest” and are favored by the courts overuses that merely seek to profit from another’s work. When you put copyrighted material to new use, this furthers the goal of copyright to “promote the progress of science and useful arts.”

In evaluating the purpose and character of your use, a court will look to whether the new work you’ve created is “transformative” and adds a new meaning or message. To be transformative, a user must add to the original “with a further purpose or different character, altering the first with new expression, meaning, or message.” Although transformative use is not absolutely necessary, the more transformative your use is, the less you will have to show on the remaining three factors.

A common misconception is that any for-profit use of someone else’s work is not fair use and that any not-for-profit use is fair. In actuality, some for-profit uses are fair, and some not-for-profit uses are not; the result depends on the circumstances. Courts originally presumed that if your use was commercial it was unfair exploitation. They later abandoned that assumption because many of the possible fair uses of a work listed in section 107’s preamble, such as uses for purposes of news reporting, are conducted for profit. Although courts still consider the commercial nature of the use as part of their analysis, they will not brand a transformative use unfair simply because it makes a profit. Accordingly, the presence of the advertising on the website would not and doom the copyright owner’s claim for fair use.

When you simply repost an already copyrighted work without anything more, however, it is less than likely to qualify for protection under this prong. If you simply include the additional text, audio, or video that simply comments or extends the content on the originally made material, this would enhance your claim of fair use a notch stronger. If you use any original work in order to create or parody this may qualify as fair use so long as the thrust of the parody totally directed towards the original work of its author/creator/producer.

2. Nature of the Copyrighted Work

On examining these fair use factors, the court will examine the material you have used in accordance with the factual or the creativity of your presented work, and whether it has been published or is unpublished. Although non-fictional works such as biographies and news articles are generally protected under copyright law, there are still few factual and nature which would mean that one may rely strongly on these materials and yet enjoy the protections the fair use has to offer. Differentiating for the fictional works are typically given much greater protection in the fair use analysis. So, for example, taking a newsworthy quote from a particular research report which is more likely to be protected by fair use and then quoting from the novel. However, this question is not determinative, and the courts have to found fair use of the fictional works in some sort of pivotal cases on the raised subject.

The published or unpublished nature of the original work is only a key decision changing factor in the narrow class of the cases. On the year 1992, Congress amended the Copyright Act to add that fair use which may apply to unpublished works. This distinction existed mostly to protect the absolute secrecy of the works that are on the verge of publication. Therefore, the nature of the work is often a small part of the fair use analysis, which has generally been determined by looking at the other three factors.

These are the first 2 factors of fair use, the next 2 will be released on our blog as a separate article so stay tuned.