Architectural Copyrights, Wait Is That Even A Thing? 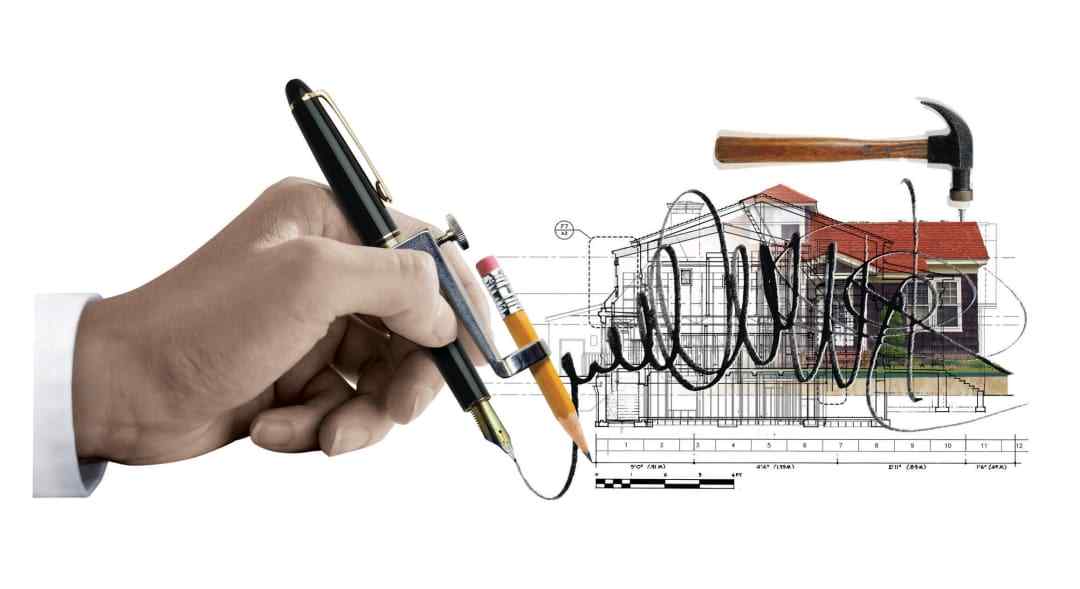 Yes, it is a thing. An architectural creation is considered to be an artistic work. A painting, a sculpture, a drawing (including a diagram, map, chart or plan), an engraving or a photograph, whether any such work possesses artistic quality. this just means that the artistic work or the two-dimensional or three-dimensional plans also have significant value and they can be used to register as your own plan. This formality can be used mainly by architectural builders and house owners to safeguard their originality of the building they built. This may seem simple but there are many layers to this concept of copyrights. Mainly since architecture is just not about building commercial and non- commercial houses and flats but also about building significant monuments that sets itself as a landmark.

I was specific in the usage of the word ‘ORIGINALITY’ wasn’t I. This is because all the floor plans that come upon for copyrights may claim to creative and it can be as well but only a few have the originality to get the copyright. Is it a little confusing? Let me break it down in simple words for you.  Mr. Sharma (A frictional character) is looking to build his dream villa near the beach. He’s got a family of 5 and needs to build 3 rooms and an extra room for his office with a private dining facility. These are his wants. So, what does he do? he goes around looking at houses for sale and rent with the same requirements.  Lets just say he sees a house with a second-floor swimming pool with a mini bar, but since he’s a non- drinker he takes only the swimming pool idea, and mixes it up with the idea of building a small gym right next to the swimming pool, he then gets the idea of building a steam room so he adds it as well.

The rooms are mostly very normal but with just one change, Sharma saw another house with an office linked with the bedroom and he liked it so much he wanted the same for his house too, so he added it to his plan.  He saw another house where the hall had glassed window for the sunlight leakage, he liked it but since he is many who believes in placement of the things in the right place he changed the axis of the hall and gave a walking path to the hall and placed it in the totally opposite side of the house and also changed the glassed window to a glass door to his backyard which serves the same purpose of light leakage.  Now he has changed his necessities to reality which can also be considered as originality, but would you consider this idea original. No!!! But when he applies for the copyrights for this naming it ‘THE SHARMA’S HOMING’. He got no objection because he induced 3 different ideas into 1. Our copyrights system doesn’t take effort on recognizing the originality for normal householding.

But if Sharma sir is looking to do this as a business and make 7 or 8 villas of the same type, he will face a problem. Can you tell me which? Let me make this easy for you, it’s for the office interpreted room. The reason is that it is the only room which he had interoperated with the dimensions and model of the room he saw, so if they have already applied for copyright before him then the design is simply theirs. The grey area of such normally lies in the details. Second-floor swimming pool and a grassed backyard door are structural templates but taking and implying the same dimensions which make the construction alike is out rate copy. This is where everyone forgets the line. If Sharma sir is fortunate, he will not get an infringement notice or more if the one he took the idea from has not even applied his copyrights then he’s lucky. But the one benefit of Mr. Sharma is that if anyone comes and looks at his housing and tries to build commercial gated communities using his plans, he has the right to make them stop the building of the community or even better get a sizable amount for his design.  Ok, this is on commercial buildings, let’s get a little artistic. We all know in our city where we go to OMR and see a lot of IT parks built in monumental stature.

Each of their buildings has a unique style, which also spreads a sense of uniqueness to the company. And loads of money are being spent to make those building unique. Normally all such monumental artistic works like the ZOHO office, Tidal park, LIC buildings set a trade make to the entire area. But they will not come under the public monuments. A lot of people have the doubt about the public monuments and the usage of those monuments in other artistical elements like the cinematographic films. The public monuments do have one difference, you can take pictures when kept in public display and even filming is allowed but only if you use the artifact as a panorama of the shot and not as content on its own.

Feel free to glance through the section 53-c of the copyrights of the artistic work you’ll understand. But normally this is something that is always being overlooked. personally, enough protection must be provided for the works of architects. the purpose of including them in the realm of copyright is defeated if they go uncredited and with respect to featuring works of architecture in cinematographic films, due credit should be given to architects for the inclusion of their work, if not more. Seems simple isn’t it, I know there will be many Sharma’s out there knocking doors of villas looking for ideas to build their own one. If you need any help in handling the legal headaches that come with your creative ideas feel free to shift those headaches to us and live calmly in your new house.